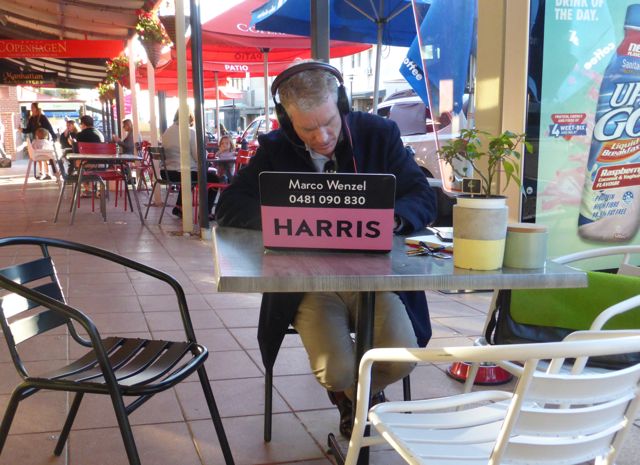 Standing out from the crowd is a risk

In yesterday’s Opinion piece in Adelaide’s Advertiser, Rex Jory was lamenting about the lack of true eccentrics in South Australia. He was mainly referring to politicians, but his article really struck a chord with me as it could easily apply to business. Rex writes,

“It is easy to bury yourself in the main pack… so we choose to stay safe.”

But taking the safe option is also a risk

As a copywriter, I work with many different business owners, helping them get their message out there in the most clear, concise, interesting words I can find. And in unique and unusual ways that will stand out from the crowd, attract attention and reach their target audience. I am always encouraging my clients to push the envelope, be different from their competitors and I find I often get a helluva lot of push-back.

People say they want to be different, to stand out from the crowd, but when it really comes down to it, they often succumb to their shyness or their fear. That biological built-in sense of belonging we have as human beings is very strong and exerts a pull in the opposite direction. So they often end up with advertising or design that looks not very much different from their competition.

Many times, my fabulous ideas for these clients get relegated to ‘the bottom drawer’, which is where creatives’ ideas go to die. Sometimes a client will trust me and they run with it, usually with great success. Sometimes I can pull an idea out of that bottom drawer years later, dust it off, tweak and change and adapt it and it gets used by another one of my clients. Rarely, though.

So I was rapt to see this great example of being different and standing out from the crowd, last week at Jetty Road, Brighton. This café strip has become my local hangout most afternoons. It gets me out of my home office, and into the real world. Most days, the tables and chairs are mainly full of retirees, plus some mums treating their kids to an after-school treat, but last week, one patron stood out from the rest.

Marco’s laptop caught my eye. Well, with that Harris Real Estate pink, you can’t really miss it! It’s like a mini-mobile-billboard. So, I grabbed my camera, introduced myself and asked if I could take a photo. He was totally up for it and we had a great chat, and did the card swap as well.

Real estate people aren’t really known for their shyness but Marco did tell me that he’s actually the only one at Harris who has a laptop sign like this. What a great ice-breaker! It’s led to many a business card being handed out and many a conversation over a cup of coffee with people who’d previously been strangers, who now know who Marco is and could potentially become a client.

Marco’s mini-billboard? I reckon it’s a winner. And I bet it cost a lot less than that ad for Up & Go…

How to stand out from the crowd

If there was ever an example of dudes doing something different in order to stand out from the crowd, this was it. I was pretty impressed so I stopped.

Do you have trouble writing? Does your inner censor rear its ugly head and tell you that you don't know what you're doing? The answer may be in this post.